Favourite Authors and Their Books

As with any avid reader, I have a few favourite authors, I can't stick to just one.  However, there has been one that I collect quite publicly and that is JRR Tolkien.  He has been one of the biggest influences of my life and writing.
However, owning his work and reading it is two totally different things.  I love to read his work occasionally as it's hard to get into; and I do love a challenge.  And 'Lord of the Rings' is a brilliant set of books to get your nose into - however it does start with 'The Hobbit'.  The series doesn't end there, but continues on with 'The Lord of the Rings' and then 'The Silmarillians' - which I haven't read as yet. 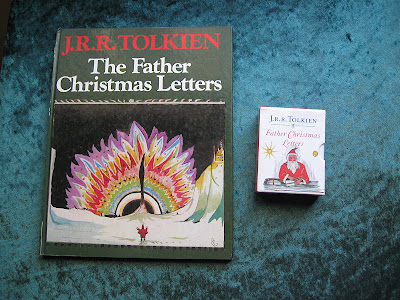 There are books that I have hunted down that are no longer in print, such as 'The Father Christmas Letters'.  Mum found a copy of the original hardcover edition for me and I'm thrilled to own it - as well as the reprint in miniature (which I haven't taken the plastic off of).  This book is brilliantly illustrated by Tolkien himself and it's about the letters between his children and Father Christmas; and how he created a whole world for his own children to fall in love with each year.  I love the book's colour and imagination; yet I have never read the letters themselves as I feel I don't need to. 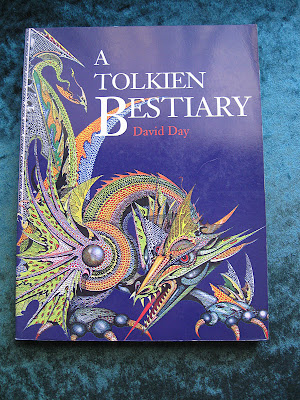 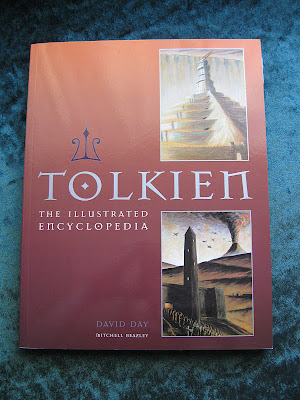 There are other books of Tolkien's that really have struck a nerve with me and why I keep them; like his Bestiaries.  David Day has put out a couple of these books on Tolkien's creatures and they are fantastic.  I bought the purple one on a whim when I was standing in the bookstore and flipped through the pages and happened upon Smuag (the dragon from 'The Hobbit').  He was so beautifully drawn that I couldn't put the book down; and so I bought it.  I have since bought the second book and another book called 'The Ring' which is based on the movies. 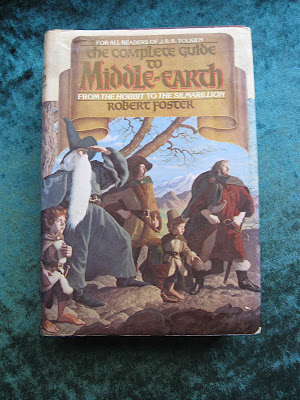 One of the older books I have - which I just happened upon down the coast one year - is 'The Complete Guide to Middle Earth: From The Hobbit to The Simarillion' by David Foster.  I bought it, put it onto my bookshelf and didn't read it.  It was the age of the book that attracted me; and the fact that I haven't seen another like it around any other bookstore.  I don't know how much it's worth as I'm not interested in its value.  But I do like it for the information that is held within its pages.
So, which authors and their books do you enjoy collecting the most - and why?  Did it begin with just one book and your curiosity was piqued?  Or have you always been curious about this particular author?  Until my next post, Happy Reading!
Posted by Mozette at 10:25 AM

Email ThisBlogThis!Share to TwitterShare to FacebookShare to Pinterest
Labels: Art Work and Artists, Book/Author Discussion, The Summer of Fun 2011